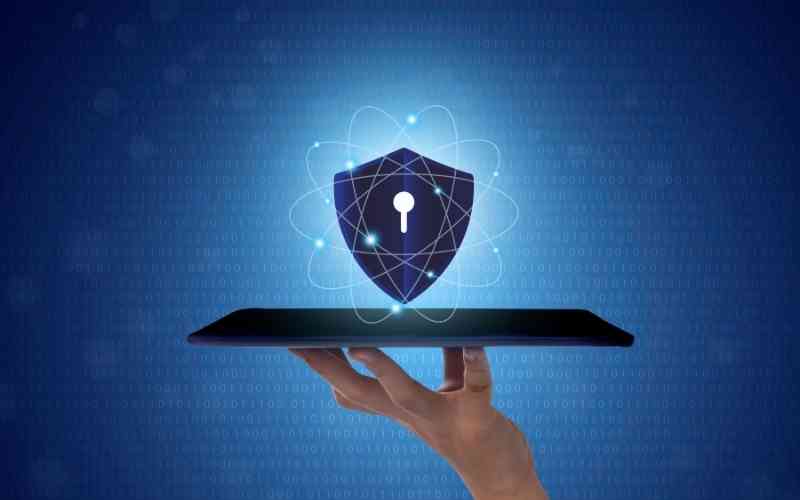 Cybersecurity Ventures anticipates that the worldwide expenses of cybercrime would increase by 15 percent annually over the course of the next five years, reaching an annual total of $10.5 trillion USD by 2025, which is an increase from the yearly total of $3 trillion USD in 2015. This represents the greatest transfer of economic wealth in the history of the world, it puts at risk the incentives for innovation and investment, it is orders of magnitude larger than the damage caused by natural disasters in a single year, and it will be more profitable than the global trade of all of the major illegal drugs combined.

The estimation of the cost of damage is derived from historical data on cybercrime, which takes into account recent year-over-year growth, a dramatic increase in hostile nation-state sponsored and organized crime gang hacking activities, and a cyberattack surface that will be significantly larger in 2025 than it is today.

Theft of intellectual property, theft of personal and financial data, embezzlement, fraud, post-attack disruption to the normal course of business, forensic investigation, restoration and deletion of hacked data and systems, and reputational harm are some of the costs associated with cybercrime. Other costs include damage to and destruction of data, stolen money, lost productivity, theft of money, theft of personal and financial data, embezzlement, and fraud.

In 2018, a supervisory special agent with the FBI who investigates cyber intrusions told The Wall Street Journal that every American citizen should expect that all of their data (personally identifiable information) has been stolen and is on the dark web, which is a part of the deep web and is intentionally hidden and used to conceal and promote heinous activities.

This statement was made because cybercrime has hit the United States so hard that a supervisory special agent with the FBI who investigates cyber intrusions. According to some estimates, the size of the deep web (which is not indexed or searchable by search engines) is up to 5,000 times greater than the size of the surface web, and it is increasing at a pace that cannot be quantified.

In addition, cybercriminals use the dark web as a marketplace to buy and sell malicious software, exploit kits, and cyberattack services, which they then use to launch attacks against victims. These victims include companies, governments, utilities, and essential service providers located in the United States.

It’s possible that a cyberattack might put a whole city, state, or even our entire nation’s economy out of commission.

Ted Koppel reveals in the book that became a New York Times bestseller in 2016 titled Lights Out: A Cyberattack, A Nation Unprepared, and Surviving the Aftermath that a major cyberattack on the power grid of the United States is not only possible but also likely, that it would be catastrophic, and that the United States is shockingly unprepared for such an attack.

Warren Buffet, a multibillionaire businessman and philanthropist, has said that cybercrime is the most pressing issue facing civilization, and that cyberattacks pose a greater danger to humankind than nuclear weapons.

A target has been placed firmly on the backs of our nation’s companies. According to the World Economic Forum’s 2020 Global Risk Report, the possibility of organized cybercrime organizations being discovered and prosecuted is predicted to be as low as 0.05 percent in the United States. This is despite the fact that these entities are joining forces to commit cybercrime.

According to the most recent projections, the total amount of damage caused by ransomware will exceed $20 billion worldwide by 2021. This figure is 57 times more than what it was in 2015.

We forecast that there would be a ransomware assault on companies once every 11 seconds by the year 2021, which is an increase from the previous prediction of once every 40 seconds in 2016.

The FBI is especially worried about the threat posed by ransomware to healthcare professionals, hospitals, 911 systems, and first responders. These kinds of intrusions may have an effect on the physical safety of American people, and Herb Stapleton, the FBI cyber division section head, and his staff are putting this concern at the forefront of their attention right now.

The first victim of ransomware was discovered a month ago. The German authorities said that a ransomware assault caused the collapse of information technology systems at a large hospital in Duesseldorf, and a lady who required immediate admittance but was forced to be transported to another city for treatment passed away as a result.

According to Mark Montgomery, executive director of the United States Cyberspace Solarium Commission (CSC), ransomware is currently the type of cybercrime that is expanding at the fastest rate and is one of the most damaging types of cybercrime. Montgomery believes that ransomware will eventually convince senior executives to take the cyber threat more seriously; however, he hopes that it won’t come to that.

A CYBER-ATTACK SURFACE IS PRESENT

In April of 1955, students at the Massachusetts Institute of Technology came up with the contemporary meaning of the term “hack.” An issue of The Tech published in 1963 is credited with being the first documented reference of computer (phone) hacking. Over the course of the last more than fifty years, the attack surface of the globe has expanded from phone systems to a massive datasphere, exceeding humanity’s capacity to keep it safe.

Ginni Rometty, executive chairman of IBM Corporation, delivered this statement in 2015 at a conference held in New York City. She was speaking to CEOs, CIOs, and CISOs from 123 organizations across 24 sectors. “We think that data is the phenomena of our time,” she added.

“It is the newest kind of natural resource on the planet. It is the new foundation upon which competitive advantage is built, and it is undergoing a transformative effect in every sector and profession. If all of this is true — even if it is unavoidable — then cyber crime, by definition, is the biggest danger to every profession, every sector, and every firm in the world.

According to Cybersecurity Ventures, the amount of data that will be stored globally will reach 200 zettabytes by the year 2025. This comprises data that is held on private and public IT infrastructures, on utility infrastructures, on private and public cloud data centers, on personal computing devices such as PCs, laptops, tablets, and smartphones, as well as on IoT (Internet of Things) devices.

It is anticipated that the total amount of data stored in the cloud, which includes public clouds run by vendors and social media companies (think Apple, Facebook, Google, Microsoft, Twitter, etc.), government-owned clouds that are accessible to citizens and businesses, private clouds owned by mid-to-large-sized corporations, and cloud storage providers, will reach 100 zettabytes by the year 2025, which will be equivalent to fifty percent of the world’s data at that time, an increase from approximately twenty-five percent of the world’

Every every day, there are around one million additional users who join the internet. We anticipate that by 2022 there will be more than 7.5 billion individuals using the internet worldwide, which is an increase from the 5 billion people who will be connected to the internet and engaging with data in 2020.

People, automobiles, railroads, airplanes, power grids, and everything else with a heartbeat or an electrical pulse may now be targeted and harmed by cyber attacks. Previously, these risks only targeted and harmed computers, networks, and cellphones. The fact that many of these Things are linked to business networks in some form makes cybersecurity much more difficult to manage.

Comparatively, the worldwide market for cybersecurity was worth $3.5 billion in 2004, while in 2017 it was estimated to be worth more than $120 billion. Before the most recent market assessment by Cybersecurity Ventures, the cybersecurity market saw growth equivalent to almost 35 times throughout that 13-year period.

It is anticipated that over the course of the next five years, from 2017 to 2021, global expenditure on cybersecurity goods and services for the purpose of protecting against cybercrime would total more than one trillion dollars.

According to the CSC’s Montgomery, “the majority of cybersecurity spending at U.S. firms are expanding linearly or staying constant, while the number of cyberattacks is growing exponentially.” This straightforward observation ought to serve as a wake-up call for executives in the C-suite.

The healthcare industry has fallen behind other sectors, and the fact that it has become such an enticing target for cybercriminals is due to the fact that it has antiquated information technology systems, fewer cybersecurity protocols and IT staff, extremely valuable data, and an urgent need for medical practices and hospitals to pay ransoms quickly in order to regain access to their information. In response, the healthcare sector is planning to spend a total of $125 billion on strengthening its cyber security between the years 2020 and 2025.

According to the White House, the President’s Budget for Fiscal Year 2020 in the United States contains $17.4 billion of budget authorization for operations related to cybersecurity. This is an increase of $790 million, or 5%, above the projection for Fiscal Year 2019. This sum does not reflect the whole of the cyber budget because of the confidential nature of certain of the operations.

The market for cybersecurity would expand by 12-15 percent annually between now and 2025. Although it may be a decent gain, it is nothing in contrast to the expenses that have been paid due to cybercrime.

According to Scott Schober, author of the best-selling books “Hacked Again” and “Cybersecurity Is Everybody’s Business,” there are 30 million small businesses in the United States that need to stay safe from phishing attacks, malware spying, ransomware, identity theft, major breaches, and hackers who would compromise their security. “Cybersecurity is Everybody’s Business”

More than half of all cyberattacks are carried out against small and medium-sized enterprises (SMBs), and sixty percent of SMBs that have been hacked or have suffered a data breach go out of business within six months of the incident.

Attacks using ransomware are a specific source of worry. According to Schober, “the cost of ransomware has risen, and that is a significant issue for small firms — and it does not seem that there is any end in sight.”

The heads of U.S. cyber defense forces, who are CIOs and CISOs at America’s mid-sized to largest businesses, are beginning to augment their staff with next-generation artificial intelligence (AI) and machine learning (ML) software and appliances designed to detect cyber intruders. This is in response to a shortage of domestic workers in the field. These AI systems are trained on large data sets that have been accumulated over the course of decades, and they are able to analyze terabytes of data each day, which is an amount that is inconceivable to humans.

An artificial intelligence system that replicates the investigation and reporting methods of a human specialist is the ideal solution for a chief information security officer (CISO). This will allow for the elimination of cybersecurity risks ANTICIPATIVELY. If our adversaries are utilizing artificial intelligence to conduct cyberattacks, then the companies in our nation will need to adopt AI to protect themselves.