Living in a world of computer viruses 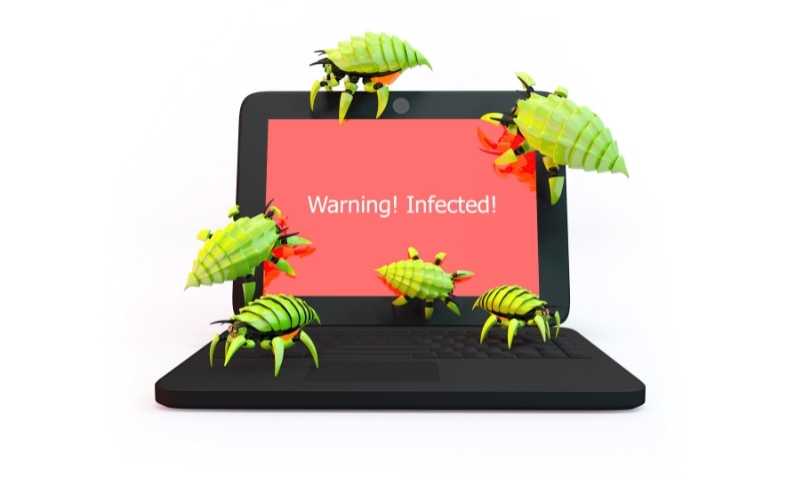 You are susceptible to ever-evolving cyber threats, including computer viruses and other forms of malware, whether you are using a computer running Windows, Apple, or Linux or whether it is a desktop, laptop, smartphone, or tablet.

The first thing you need to do to protect yourself and your data is to obtain knowledge of the threat currently facing you. The most common forms of malicious software, sometimes known as computer viruses, are broken down here, as well as the potential damage they might do.

The word “malware,” which is an amalgamation of the words “harmful” and “software,” is the phrase that is now used to describe any malicious computer program that is installed on a computer or mobile device. These programs are installed on users’ computers without their knowledge or consent and are capable of causing a variety of unwanted side effects.

These effects include slowing down the computer’s performance, mining your system for personally identifiable information (PII) and sensitive data, erasing or encrypting data, or even taking control of computer-controlled hardware or device operations.

Hackers are constantly developing new methods that are technically more advanced to penetrate user systems. It’s like playing a game of whack-a-mole: as soon as one danger is eliminated, another one pops up to take its place, and then the next iteration appears. Some of the most prevalent forms of malware are currently being used.

Threats associated with malware often depend on widely held assumptions to generate easy targets. Simple adjustments to your conduct, such as gaining an awareness of some of the most frequently misinterpreted aspects, may remove you from the list of easy targets.

The belief that infection is immediately noticeable is one of the most widespread and typical misunderstandings about malware. Users often believe they will be aware if their computer is hacked.

On the other hand, malware is designed to carry out whatever purpose it was programmed to do for the most extended amount of time feasible. Therefore, there is no paper trail to trace, and your computer does not indicate that it is infected with malware.

Even malicious software like ransomware doesn’t reveal its existence until after it has successfully encrypted the user’s data and finished the first step of its mission, which is to demand payment in exchange for decrypting the files.

Many users assume that the photographs, documents, and files that make up their data have little value to those who create viruses. However, cybercriminals mine publicly available data, such as that on social networks, to create custom targeted attacks on individuals or to gather intelligence for spear phishing emails, which are famous for gaining access to the networks and assets of large organizations that are otherwise secure.

Warning Signs That Your Computer Is Infected with Malware and Viruses

Even while the vast majority of malicious software does not leave any traces behind and allows your computer to continue running correctly, there are occasions when there are clues that your computer may be compromised.

The most significant one is a drop in performance. This includes processes that move at a glacial pace, windows that take far longer than expected to load, and applications that seem to run randomly in the background.

You could also discover that the homepage of the internet on your browser has been altered or that pop-up advertisements are appearing more often than they usually would. Malware can disrupt even the most fundamental aspects of a computer’s operation under certain circumstances.

You may not be able to start Windows at all, and it’s possible that you won’t be able to connect to the internet or use higher-level system management capabilities. Run an urgent scan of your system if you have any reason to believe that your computer may be contaminated. If nothing is discovered but you are still unsure, you should seek a second opinion by using an additional antivirus scanner.

In the best-case scenario, your goal should be to thwart an assault rather than uncover one. You should scan your device as soon as you suspect something is wrong; however, your best defense is a comprehensive internet security solution.

This solution includes real-time scanning and monitoring of disk drives, files, and activities in addition to real-time updates on web threats provided by a team of experienced cyber security professionals.

If you want the best protection possible, you should invest in such a solution. This involves monitoring instant messaging services, screening email attachments, providing a firewall, and much more than just doing scheduled scans and performing periodic updates.