The unique serial number that each interface’s manufacturer assigns to each interface at the manufacturing is known as the MAC Address, or Media Access Control address. To put it another way, it is the unique, global physical identification number assigned to each and every device connected to a network interface, whether wired or wireless.

The MAC address is used to identify which equipment is on the local network, whereas an IP address identifies your location on the Internet. The seller essentially burns this MAC address into the hardware, thus the end user cannot change or rewrite this address (BIA). On the software side, it is possible to hide the MAC address, and this is how MAC spoofing works.

A MAC spoofing attack is what?

In a MAC address spoofing attack, a hacker or imposter searches the network for authentic and legitimate MAC addresses and gets around access control systems to get the benefit of pretending to be one of the real MAC addresses.

By presenting this as the default gateway and copying all of the data transmitted to the default gateway covertly, the hacker is able to avoid authentication checks and get crucial information about active programs and end-host IP addresses. This sort of attack is known as MAC address spoofing.

Why is MAC spoofing used and what does it entail?

Masking the MAC address, sometimes referred to as MAC ID spoofing, is one of the most crucial tactics employed in MAC spoofing attacks. The many techniques available to manipulate and manage the basic address system in various computer networks are together referred to as spoofing.

Therefore, the answer to the question “what is MAC address spoofing?” is fairly straightforward: it refers to a technique for altering or concealing a device’s network interface’s factory-assigned MAC address.

The purpose of MAC spoofing

People use MAC spoofing for lawful purposes in addition to hackers employing it to get around access restrictions and security measures or for criminal actions. Every network device is assigned a unique number called a MAC address, which is used to identify that network device throughout the globe. As a result, the following are potential justifications for hiding or forging the MAC address:

Since MAC addresses are sent via open or public WLAN or LAN networks, they are not encrypted and reveal the hardware addresses and registration information of the devices that are connected to such networks. Some people hide their addresses to safeguard their privacy and stop this information from being easily accessible. It is also important to keep in mind that hackers use the same excuse to mask their identities and access the web secretly while engaging in illicit actions.

By limiting access to the LAN to approved devices, many administrators and IT Teams adopt security measures to protect IT systems from internal and external threats. On the OSI layer 2 at the network level, connecting elements like Ethernet switches that use port security make it possible to restrict network data flow. When using the white-listing method, an unknown address is immediately prohibited. Access via WLAN networks is also restricted using MAC filters.

In order to access paid software programs or internet services, MAC address spoofing is also used to imitate an approved device. However, sometimes, some users abuse it by changing or masking their MAC address to the one specified in the licensing agreement of the purchased program in order to utilize the software. This kind of MAC spoofing might always be considered a dishonest use of services by the program or internet service provider, who could then pursue legal action.

Enroll in cybersecurity training in Toronto. Get more information at https://www.cybercert.ca or by calling 416 471 4545. 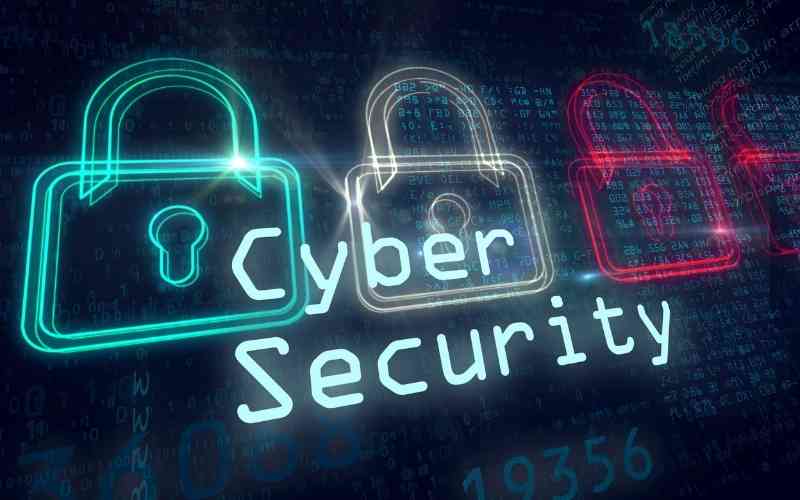 What does CEH actually mean?

As we all know, Cyber security is quite important because of malicious attacks and cyber crimes are increasing in day-to-day life. There is always a difference between a hacker and a certified ethical hacker. Certified ethical hackers work on protecting the data and creating a flawless network to a concerned workplace in a legal and lawful manner.

But hackers fetch data and network to ruin the system or a workplace. Certified ethical hacker training bestows the right training to find the flaws and vulnerabilities in a network system and also intimate the knowledge for defending from unwanted attacks.

The foremost benefit of CEH certification is understanding and improving the knowledge of risks and vulnerabilities made by a hacker. By getting trained in CEH training in Toronto the individual can step into his career in security systems. It teaches all the information about cyber security and trains how to overcome network system attacks by hackers.

CEH benefits your career by serving job security; a person with CEH can get a high salary from an organization. Cybercert qualifies you as an expert in cyber security so that you can be quickly hired by an organization that needs complete cyber security protection. The areas of certified ethical hackers include safeguarding systems, and preventing attacks by regulating proper network testing.

As cybercriminals are innovative they always find ways to create new various attacks on IT infrastructure. CEH course in Toronto increases your ability to know more about how a hacker attacks other systems and the instruments he used for the progress. Cybercert guides you with preventive measures towards illegal hacking and makes you think equally like a hacker.

CEH is a new certified course for IT security that offers a concise overview of the distinctive approach of a hacker to be enough to protect against certain evil attacks.

Cybercert nourishes you with cyber security knowledge by providing training on areas of networking. The training was based on how to prevent cyber security attacks. Get trained with Cybercert for best-certified courses in cyber security, network security, cloud computing, and management courses. 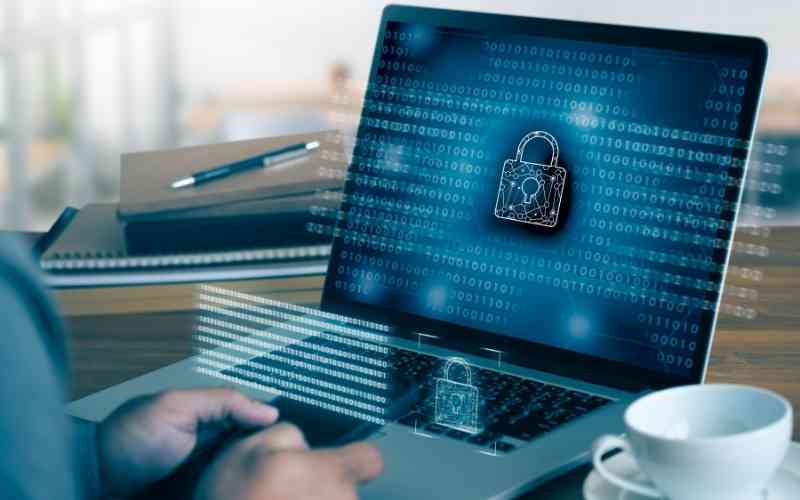 Social Engineering Attacks refer to a broad range of malicious attacks through human interactions. Typically social engineering is the use of clever methods by hackers. They trick the users to make mistakes in the user security guidelines and steal information about their account’s password and information. The hacker looks for vulnerability to attack an organization and take control of their valuable data.

Never open up scam messages even from the bank that contain several links. If you are not aware of the malware attacks and go further on opening the link. They easily collect your personal bank account details and passwords.

Never assume that your favorite apps are safe. Some people install cracked versions of applications instead of paying the app creator. By doing so the user themselves allow the hacker to use the information.

Get on to, some experts advise preventing yourselves from such social engineering attacks. Connect to some cyber security experts before your valuable information is exploited by unknown hackers. Cybercert experts invaluable training in solving and preventing cyber security attacks 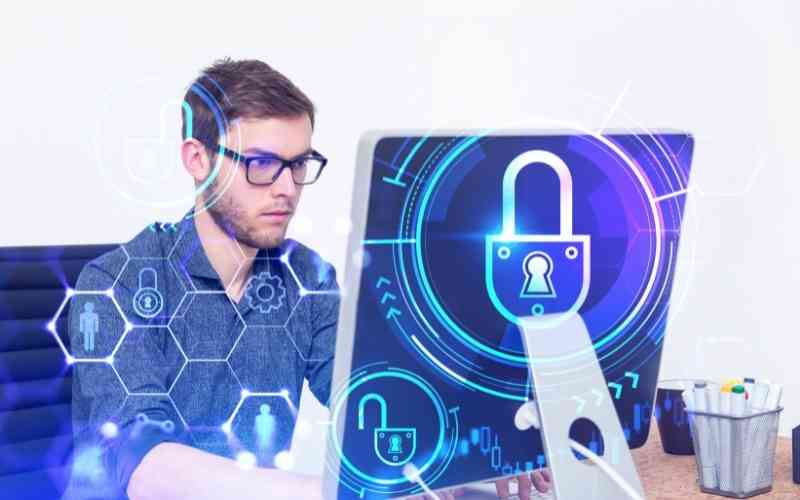 The term cybercrime describes a crime against computers, networks, or networked devices. Cybersecurity refers to protecting our network and data from any unauthorized use. This article provides a solution to overcome a few cyberattacks that affect people on a daily basis these days.

Phishing is a type of social engineering attack where the attacker trick to get unauthorized access by clicking malicious URLs and e-mail attachments to using unsuspected users to collect login credential details. This helps in gaining access to their financial accounts and email.

The solution to phishing attacks

Users can protect themselves by being aware of suspicious links or email attachments. Avoid providing any kind of information on websites that are not secure. The answer to how to check if the website is secured or not is that secure websites always display a little padlock at the start of the URL.

Ransomware infects a victim’s computer via phishing attacks or an exploit kit campaign. It encrypts and blocks the access of the user’s own data. It demands an exchange of payment in return for the victim’s own data. IT security training online bestows ransomware protection to secure data.

The solution to ransomware protection

Formally data backup helps in such cases and users should maintain a dual backup for the extra protection of the data. In case of any ransomware attack, extra backup can be used. Because there is no assurance of getting back the data from ransomware, even if the money is paid

Malware is usually a term of code or program built to attack a user’s computer even without the concerned user’s access. Malware reaches in many ways, majorly comes in malicious software packages that exploit unpatched software. Once the installation is done, attackers can use this malware to steal personal financial information.

The solution to Malware protection

Practicing safe browsing can protect you from malware. Users should always update operating systems, plugins, and browsers, install security software and update as soon as security updates are available. Use strong protection or save passwords in a secure location and practice safe browsing. IT security training online helps you to learn skills that secure data from malware.

If you notice that your device is running slow or sometimes shows strange behavior, there is a trojan attack behind it. In such cases, the trojan attack is to blame.

The solution to Trojan attacks

Effective cybersecurity software should be installed on your computer for protection. As it runs fast, it frequently scans and alerts you when a Trojan virus is detected. Downloading and installing software from a trusted source can help in avoiding trojan attacks

Learn Cyber Security from Cybercert and get the most prestigious career to secure the digital world with the best skillset.

No comments to show.